Doctor Who: The Timeless Children 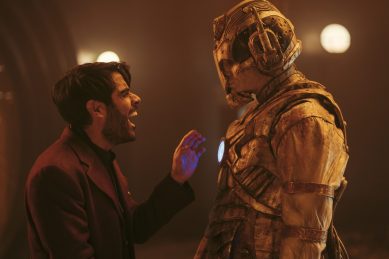 Under the leadership of Andrew C. Cartmel, Doctor Who introduced a bit of mystery into the Doctor’s backstory during the waning days of the classic series run.   Questions of who the Doctor really was and the connection to the foundation of Gallirey and Time Lord society were sprinkled into a couple of episodes — and even more liberally applied if you read the Target novels of that era.

Feels like Chris Chibnall may have read those novels and wanted to build on the seeds the Cartmel era sewed into Doctor Who continuity.  Or maybe Chibnall wanted to take a page from the immortal Robert Holmes and make us question or reexamine everything we thought we knew about Gallifrey and Time Lord society.

I have to keep reminding myself that when Holmes did this with “The Deadly Assassin,” it wasn’t immediately embraced by some factions of the fandom. It was only with hindsight and a bit of distance that “Assassin” grew in the estimation of fandom to the status it holds today.

My problem with that is Chibnall isn’t in the same league as Holmes when it comes to writing for Doctor Who.  And “The Timeless Child” (and really all of his two series as showrunner) continue to show that.

(I will now go controversial and alienate half of you by saying the only modern writer who comes close to doing what Holmes did for the show is Steven Moffat.)  END_OF_DOCUMENT_TOKEN_TO_BE_REPLACED