Doctor Who: Ascension of the Cybermen 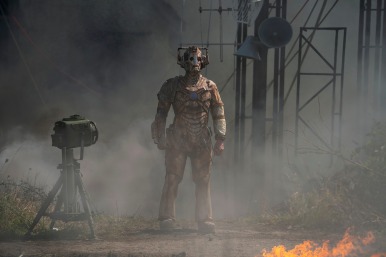 When he took over as the showrunner for Doctor Who, Chris Chibnall told us he wanted to create stories and episodes that didn’t radically deal with the huge backlog of continuity that is Doctor Who.  Then, fans weren’t thrilled with series 11 and we’ve got series 12, where it seems as if Chibnall is determined to re-write all of the series continuity — or at least challenge our long-held assumptions about it — in the course of ten episodes.

Well, I’ve seen nine of those ten episodes and I’ve got to admit that, so far, Chibnall’s reworking of continuity has been hit or miss.  The series started off well by making the Master a frightening nemesis for the Doctor again (something Simms never pulled off and wasn’t a priority with Missy) and then pulled the rug out from under us in the fifth episode with the reveal of Dr. Ruth.

Now, Chibnall is determined to do what the new series has tried to do for years — make the Cybermen scary again.

And the first ten to fifteen minutes of this installment do just that.  Removing several of the ways we’ve defeated the Cybermen in the past makes returns them a bit to the seemingly unstoppable force they were in the 60’s.  (Well, for the most part.  A lot of the Troughton era Cybermen stories tend to find the Cybermen’s Achilles heel in some form of technology that can be enabled in the episode such as the ability to create excessive gravity in “The Moonbase” or the cold generated in “Tomb of the Cybermen.”).  We remove releasing their emotions and gold from the equation and suddenly the Cybermen are able to systematically attack the last ravages of humanity and seem on the verge of wiping them out. 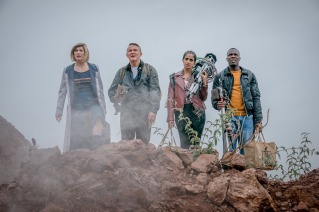 Given that parts of this storyline deal with time travel, it wouldn’t shock me to see somehow the Cybermen are creating humanity’s own future and/or their own on some level.  Or that the Master is somehow manipulating things again in an attempt to trap and/or destroy the Doctor. (Certainly, this would go play into the motivation we saw a lot from the Delgado Master where it wasn’t enough just to destroy and defeat the Doctor without a little bit of humiliation first.)

It’s a shame then that Chibnall’s story suffers from the same issues that held me back from loving “Spyfall” earlier this year — pacing.  Once we get past the initial Cyber-attack, “Ascension of the Cybermen” transforms into the modern equivalent of running down a corridor until we get to the big cliffhanger reveal (which I have to admit I was kind of expecting since it seemed like introducing the Master in the opener was too big to not circle back to at some point).  Separated the TARDIS team means we get to jump back and forth between a couple of survivors and there are some interesting moments in there — the ship being hit by strewn Cyber-parts was effective and chilling.   But in the end, it felt more like the story is marking time until we get to the Master jumping through the rift and getting us ready for next week.

Part of this could be that I have little or no investment in the supporting characters.   (Well, except maybe Brandon, the police officer, but we’ll get to that in a minute).   They honestly felt like little more than cannon fodder and potential Cyber-recruits than characters that I felt I had much, if any investment in.   It probably doesn’t help things that I’m listening to the audiobook of “Resurrection of the Daleks” right now and am reminded that the habit of creating a huge supporting cast without any connection to the audience was something Eric Saward did.  (Indeed,  I find myself remarking that it’s interesting that Saward is giving these characters name in his novelization beyond “third Dalek victim from the right.”)

I will admit that I did find the Brandon storyline a bit more interesting, though I have a feeling I know where it’s all headed.  Or at least I did until they strapped him down to wipe his memory the last time we saw him.

All of this brings to me the point at which I’m going to go out on a limb and suggest that it might be a bad thing if one of the TARDIS team were to get killed by a Cyberman.   Last week suggested that the Doctor has a lot of anger toward this particular foe and a grudge for how companions have fared in the past and it seems like that is setting things up for one of the team to pass away before the series ends.  My bets would be on Ryan (and when he got separated from the team as they were fleeing to humanity’s last hope starship, I felt like he might become the Adric of this series) but it could really come down to Ryan or Yaz.

This leaves us with a LOT on the table for next week.  I have a feeling that Chibnall isn’t going to give us all the answers we want in the series finale.  Or maybe he will surprise me.  Either way, I’m curious to see how this all lands.