Neither Ivy Long nor Gabe Ledbetter could have predicted the chain of events that led them to serve as Mary and Joseph at the drive-through nativity in the small town of Ellery, Tennessee.

A published romance author, Ivy has suffered writer’s block since her husband passed away and plans fell through with their foster child. Gabe has returned home from Memphis, with a failing marriage and a looming malpractice suit.

So, when a baby is left in the drive-through Nativity, neither Ivy nor Gabe expected they would become her care givers. Nor could they predict the impact this little girl would have on their hearts. Could this be a Christmas present or miracle to help them both move on from their past and maybe find a new love — not just for the little girl, but for each other. END_OF_DOCUMENT_TOKEN_TO_BE_REPLACED 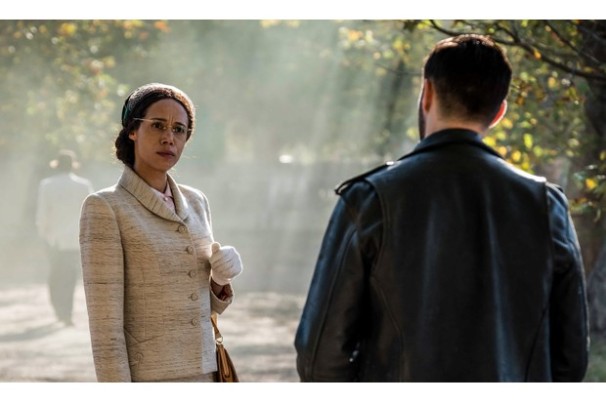 This week’s installment felt a lot like an episode of Quantum Leap with the TARDIS crew trying to put right something going wrong with history. But where most Quantum Leap episodes (well, at least until season five) were concerned with history on a personal scale, “Rose” found the Doctor and company at a pivotal crossroads of world and universal history.

It made for a fascinating hour of television, buoyed once again by the performances of the quartet that makes up the TARDIS crew.  It was interesting to see Ryan and Yas have to confront racism is Montgomery, Alabama at the birth of the civil rights movement.  Going back to Quantum Leap, it felt a bit like an early episode when Sam leapt into an older African-American man and was forced to confront the horrors and realities of racism. END_OF_DOCUMENT_TOKEN_TO_BE_REPLACED

Doctor Who: The Ghost Monument 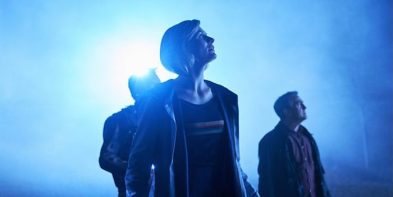 Last week was all about meeting the new Doctor and assembling her new trio of friends for adventures through time and space.  “The Ghost Monuments” is about that first adventure in time and space — even if the trio is accidentally brought along on the journey to locate the TARDIS.

After being rescued from outer space, the Doctor and company find themselves on a planet called Desolation, which is the end-point for a galactic race that will leave one person wealthy and the other stuck on a world that’s pretty much going to do everything in its power to eliminate him or her as quickly as possible. Seeing a planet where even the water is a threat was a nice touch, though Chris Chibnell’s script doesn’t slow down long enough for us to ask questions like who would design such a planet and why they would do it. END_OF_DOCUMENT_TOKEN_TO_BE_REPLACED

Doctor Who: The Woman Who Fell to Earth

Introducing a new Doctor can be a bit of a tricky thing.  Have too much emphasis on the previous eras of the series and you lose drive-by fans who might be tuning in to see what the new Doctor is like (especially this time around).  Have not enough connection to the history of the show and you run the risk of disenfranchising long-time fans who may decide to not tune in again or won’t make Doctor Who appointment viewing any longer. 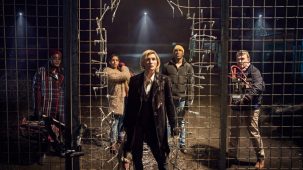 Over the thirty-seven season run of Doctor Who, we’ve seen examples of both.

In many ways, the debut of Jodie Whitacker as Doctor reminds me a bit of how the Jon Pertwee era began, wiping the slate clean for a new era of the series.  For the third Doctor, it was a huge jump from black and white to color.  For Whitacker, it was another major change for the show with the first female Doctor. END_OF_DOCUMENT_TOKEN_TO_BE_REPLACED 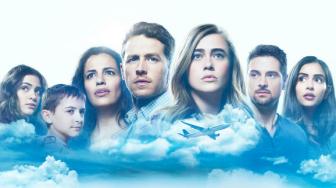 Over the summer, I saw a couple of promos for NBC’s new series, Manifest, giving away the series premise and showing us the highlights of the first act of its pilot.  Those teases intrigued me enough that I decided to tune into the series and see if it was worth filling a spot on the DVR.

Watching the pilot, I couldn’t help but feel that I wish I hadn’t known the set-up heading into it.  The first act is a taut, well-constructed mystery involving a group of people who gave up their seats on one flight and heading toward New York on the next available flight.  Among them are a woman mulling her boyfriend’s proposal, a boy with a form of pediatric cancer who also has a twin sister and a couple of other various people with varying backstories.  (I have a feeling we’re going to meet more of the passengers and crew as the series develops).

Going through some turbulence, the plane lands only to find that some wacky time-travel has occurred and they’re five years in the future.  And while they haven’t aged, the world has moved on around them.

If you’re worried about SPOILERS, I don’t think I’ve really given anything away (yet) that you couldn’t get in the marketing campaign leading up the series’ debut.  From here on out, I will probably get into some pretty episode specific SPOILERS for the first two episodes.  So, if you haven’t seen ’em and don’t want to know more, turn back now. END_OF_DOCUMENT_TOKEN_TO_BE_REPLACED