Review: God of the Internet by Lynn Lipinksi

God of the Internet by Lynn Lipinski

An Islamic fundamentalist known as God of the Internet looks to cripple the United States by attacking various systems involved in the day to day function of our country. Using worms and back doors to various software programs, the hacker throws monkey wrench after monkey wrench into things like water processing, the electrical grid and other things that Americans take for granted in an attempt to cripple our country and bring the United States to its knees.

A group of cyber-security experts try to figure out the next target all while getting various systems back on line as the worm slowly becomes more insidious and clever with each attack. Part of that task force includes Juliana Al-Dossari, the wife of one of the world’s leading authorities on cyber security. Struggling in her marriage, Juliana can’t understand why her husband would put her on the task force instead of taking a leading role himself. END_OF_DOCUMENT_TOKEN_TO_BE_REPLACED

This week’s Top Ten Tuesday (hosted by the Broke and the Bookish) asks us to list the books that have been on our to-be-read pile the longest.  Alas, this one could be longer than ten books for me but here are some of the highlights.

Tagged as meme, to be read pile, Top Ten Tuesday

This week’s Musing Mondays (hosted by Books and a Beat) asks this question:

What sequel do you have yet to read?

The first one that springs to mind is Harry Potter and the Cursed Child.

I’ll also say there are a couple of entries in the Jack Reacher series I’ve not read yet and there’s a new Harry Bosch novel on the horizon that I’m eager to read!

Top Ten Tuesday: If I Had An Unlimited Gift Card 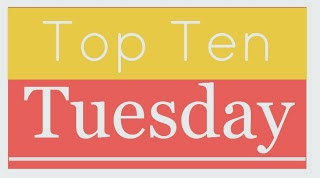 Today’s Top Ten Tuesday (hosted by the Broke and the Bookish) asks us what books we’d pick up right now if we had a fully-loaded gift card.

Here are the books I’d pick up.