Trying to be a good older brother and best man, Richard Chapman offers his home for his younger brother’s bachelor party. But Richard couldn’t know that the “entertainment” for the evening wouldn’t be mere strippers but instead Russian sex slaves who were looking to exact a piece of revenge on their captors and escape. Before the night is over, Richard will endanger his marriage, find his home a crime scene and his world collapsing around him.

The first two-thirds of Chris Bohjlian’s The Guest Room is a fascinating, dark story of people trying to make good decisions under the worst possible circumstances. Chapters alternate between the backstory of one of the young girls who is preyed upon by her captors and forced into a life of selling her body for money and the events current unfolding during and after the infamous bachelor party. As with many of the best crime writers today, Bohjalian is less concerned with the who-done-it aspect of the crime and more interested in the impact of the crime upon his characters and their community.

As Richard finds his world collapsing around him (his wife mistrusts him, he’s put on suspension at work and one of his brother’s friends tries to blackmail him), we see how the crime and its implications have far reaching tendrils both before and after the murder of the two men sent to guard the two sex workers.

At its best The Guest Room is a compelling, character driven, page-turner that offers up a fascinating dilemma without any easy ways out of it. Well, that is until we get to the last third of the novel when things take a turn that feels like it’s right out of a Hollywood blockbuster and not the well-established and realized world that Bohjalian has created to that point. It’s not the ending is terrible so much as it’s a disappointment. Richard begins to make decisions to get his life back and I’d hoped to see more of the implications of that than the ending we got here.

I’m being vague here to avoid SPOILING too much of this novel because I really think the first two-thirds of the story are worth reading. It’s just the last third that let me down.

The X-Files: My Struggle II 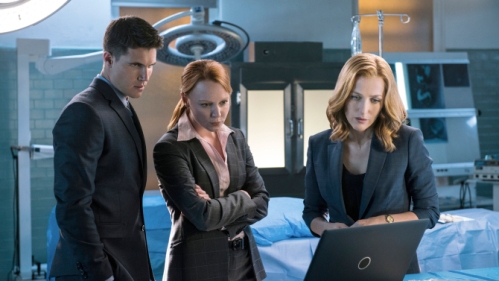 After last week’s installment of The X-Files, I was concerned that Chris Carter wouldn’t be able to stick the landing for this six-episode event series.

And that concern, unfortunately, was realized with the muddled mess that was “My Struggle II.”

Beginning things with a voice-over monologue by Scully of things we learned just five weeks ago is not a good sign.   Pile on the typical mythology trope of separating our two heroes for much of the episode and then wrapping it all up with little or no closure and a cliffhanger ending and you’ve got — well, you’ve got a mess that was the final few seasons of this show.

Watching the episode on my DVR, I kept pausing things, thinking — oh great, it’s going to run over and I didn’t pad the recording time enough so that I’ll see how this all winds up.  Except that Carter wasn’t really interested in giving us resolution so much as he was about trying to keep us on the edge of our seats, not give us any answers and then leave us wanting more.    END_OF_DOCUMENT_TOKEN_TO_BE_REPLACED

Time again for Top Ten Tuesday (hosted by the Broke and Bookish).  This week’s question asks us to look at/recommend books that are outside our usual comfort reading comfort zone.  I may not make it to ten, but here are some of them I’ve picked up and enjoyed recently.

That’s about it for now.  I’m curious to see what everyone else finds.

Kicking off the week with Musing Mondays (hosted by A Daily Rhythm).

Today’s question asks:  How do you choose which books you read?

There are a variety of factors that go into choosing the books I read.  Sometimes I’ll pick up a book based on a recommendation from a friend.  There are other times I may pick up a book because I like the author and enjoyed his or her works in the past.  Another time, it could be that I just like the cover or the description on the dust jacket or back cover.  Or it could just that I’m in the mood for a certain type of book and the book I find fits the bill.

There’s no rhyme or reason to it, really. 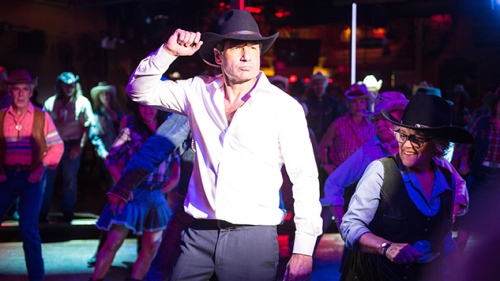 Nobody but the FBI’s most unwanted. I’ve been waiting 23 years to say that!

Ever since season three, it feels like Chris Carter has been trying to compete with Darin Morgan (and later to some extent Vince Gilligan) for the title of funniest X-Files writer.  And every time that Carter has tried to prove that he can be funny too, it feels like his episode goes over a bit like a lead balloon.

It’s not that Carter can’t find humor in things and that he hasn’t done some pretty interesting things to stretch himself a storyteller and film-maker, but I just have to think that going for the funny bone may not be exactly up his alley.

Watching “Babylon” I couldn’t help but think that this was an episode that was trying to on the one hand be funny, on other hand be an observation about our current world and political climate and on another hand, an attempt to set up a spin-off should the schedules of David Duchovny and Gillian Anderson not coincide any time in the near future for an eleventh season of the show. END_OF_DOCUMENT_TOKEN_TO_BE_REPLACED

Review: No One Knows by J.T. Ellison

Seven and seventeen and five. That’s how Aubrey Hamilton breaks down her life.

The seven years before she met Josh, the seventeen years they knew each other and were together and the five years since he went missing. Josh vanished the night of a friend’s bachelor party under mysterious circumstances. Five years of questions, rumors and a trial for Aubrey haven’t provided any answers as to where Josh went or why.

As the state of Tennessee has her husband legally declared dead, Aubrey’s life takes an interesting turn with a man who reminds her a lot of Josh and the coming battle with her mother-in-law, Daisy, over the beneficiary of Josh’s rather large life insurance policy.

With the abundance of unreliable narrator mystery/thrillers on the market today, J.T. Ellison’s No One Knows could easily feel like it’s just another entry in an already crowded field. But Ellison deftly weaves in enough questions about Josh’s disappearance and gives readers just enough of a glimpse of the history of Josh and Aubrey to set the hook early and continue reeling you in for the entire story’s length. END_OF_DOCUMENT_TOKEN_TO_BE_REPLACED

Time again for Top Ten Tuesday (hosted by the Broke and Bookish).  This week’s topic looks at music and books.  But instead of looking at the songs I’d like to see as a soundtrack for some of my favorite reads, I thought I’d take a different approach.  I’m going to list some of my favorite music to listen to while reading.

I’m sure there are others but these are some  that have been in my rotation for years now and continue to draw me back.

Musing Mondays: How Many Books?

It’s been a couple of weeks since I participated in Musing Mondays.  So, trying to get back into the swing of things, I thought I’d answer this week’s random question:  Do you read more than one book at once? Why, or why not?

Yes, I do often read more than one book.

One simple answer is that I listen to audio books, so I can  be listened to an audio book and reading one at the same time.

But that doesn’t fully answer it.  I guess the best answer is I can be fickle.  Part of this could be the due date at the library.  Or it could be that I’m reading something (or a couple of somethings) and a book I’ve been looking forward to reading comes available at the library and I will re-order things.

Review: The Girl From Home by Adam Mitzner

The Girl From Home by Adam Mitzner

Once a high powered financial whiz, Jonathan Caine’s world has come crashing in around him. Accused of insider trading, his assets are frozen and his seemingly charmed life has evaporated around him. With no where else to turn, Jonathan decides to head back to his family in New Jersey to care for his ailing father, just in time for his twenty-fifth high school reunion.

Jacqueline Williams is the former prom queen who married the high school quarterback. But Jackie didn’t get the happy ending she was hoping for — her husband abuses her and has threatened to kill her and cut off access to their children should she ever bring up the word “divorce” to him again.

Back in the high school, Jonathan couldn’t have thought of approaching Jackie. But now he’s back and the two soon strike up a romance. If only they could find a way to get Jackie’s husband out of the picture without creating more harm for Jackie or her kids.

Adam Mitzner’s The Girl From Home starts off with a great hook and then slowly unravels the lives of Jonathan and Jackie. The first section of the novel moves from the past to the present, painting a solid picture of how and why Jonathan and Jackie have got themselves into their respective situations and then beginning their affair together. It’s one the past and present merge that the novel hits a bit of bumpy spot and loses some of its early momentum. END_OF_DOCUMENT_TOKEN_TO_BE_REPLACED 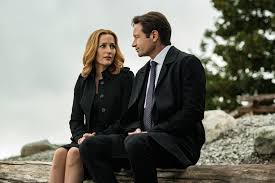 While a lot of the early success of The X-Files can be attributed to series creator Chris Carter, I’ve always felt that the real credit for fleshing out Scully as more than just the “skeptic” to Mulder’s believer came from the pen of Glen Morgan and James Wong.   Looking back on season one, it’s Morgan and Wong who really take the time to deepen Scully into something more than just the woman sent there to de-bunk Mulder’s work.

No where is that more evident in the first truly great Scully episode “Beyond the Sea.”

Interestingly, that’s one of the ten installments that Carter recommended fans visit again before the mini-series kicked off.

And while some fans may have been hoping that “Home Again” was a sequel to Morgan and Wong’s most infamous hour “Home,” I have to admit I was far more satisfied to see this one be a continuation of the character exploration of Scully that began all the way back in “Beyond the Sea” and served as the lynch-pin for the entire series run (even when it went completely bonkers in seasons eight and nine). END_OF_DOCUMENT_TOKEN_TO_BE_REPLACED