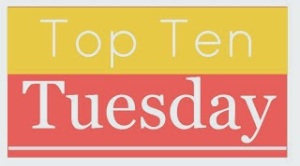 Time again for Top Ten Tuesday hosted by the Broke and the Bookish.

This week’s topic is looking at those characters we didn’t “click” with.

7 responses to “Top Ten Tuesday: Characters I Didn’t “Click” With”