The Flash: “The Man in the Yellow Suit” 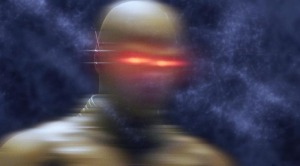 I don’t know what Arrow or Marvel’s Agents of SHIELD have up their sleeve, but it’s going to be VERY hard for them to top The Flash‘s mid-season finale.

“The Man in the Yellow Suit” hit just about every button of what has made The Flash my favorite new show of the season.  And I couldn’t help but thinking as I watched the hour unfold that whoever is in charge of the DC movie empire might want to call up the writers from The Flash for some pointers on how to do a DC superhero movie right.    Quite frankly, this single hour of The Flash was far more entertaining and compelling that the last couple of DC related superhero movies I’ve seen (really much of anything outside the Nolan-verse Batman films) — especially Green Lantern and Man of Steel.   I’ll also have to admit it makes me less enthusiastic to see the big-screen version of The Flash simply because I’m loving what this show is doing with the character and universe here.

Call me a fan-boy if you want, but I love this show.

And “The Man in the Yellow Suit” delivered on just about every level, answering just enough questions while raising a few more.

Part of what I love about The Flash is, as I’ve said several times before, that Barry Allen enjoys being a super hero.   The show has done a nice job of giving us moments where we see Barry having fun using his powers, such as the scene of quickly decorating and un-decorating the Christmas tree this week.  But we’ve also seen that the powers have had their other consequences for Barry, including having to hide something else from his best friend and the love of his life, Iris.  And while I’ve felt that Iris was a weak link early in the season, the last couple of episodes have gone a long way toward helping to redefine her role on the show a bit and giving her something more to be than the object of Barry’s unrequited affections.  I have to wonder if there is an upcoming deepening rift coming between them when she eventually figures out not only did he lie to her about his feelings for all those years, but he also lied about being the Flash.  And given that she’s not too happy with the Flash any more after he beat up Eddie last week (while under control of the meta-human, but Iris doesn’t know and is unlikely to forget), I can see this creating a whole lot of tension as things come to light.

I also wonder if Eddie will continue his vendetta against the Flash now or if he will let the taskforce go in a different direction.  Could he possibly steer the squad in a direction of trying to stop the meta-humans or will he and Joe become to the Flash what Lance is to the Arrow on the show of the same name.

It makes me eager to see where things go when the show comes back in January (right after my birthday…kind of late present to me!)

But all of that pales in comparison to the two biggest revelations — Ronnie Raymond is alive and has taken on the name of Firestorm and the identity of the Man in the Yellow Suit.

First up, Ronnie.  As a fan of Firestorm, I’m intrigued to see him included in the show.  His heroics and stalking of Caitlin worked well, even if it did to the one (what I felt) contrived moment when Firestorm bails Barry out from the Reverse Flash.    It felt a little too convenient, but then again this is a show based on comic books and these things happen there.   So, I can accept it (and honestly overlook it because just about everything else about this episode clicked perfectly).   I do wonder if this might set up some kind of interesting dynamic between Ronnie, Caitlin and Barry.   Surely I can’t be the only one picking up on a flirtation between Caitlin and Barry?   And I’ll admit I’m far more a fan of Caitlin and Barry as a romantic duo than Barry and Iris.

Meanwhile, the entire episode builds to a moment when the Man in the Yellow Suit is trapped by Wells and company.   Looking back on the revelation that we saw in the waning moments, it makes sense that Wells would trick everyone to get something he wanted.  It appears he’s making himself more powerful — or is he working on a way to get fast enough to go back in time to kill Barry’s mother?  Was the device he put on the Yellow Suit in the end a step toward that?  And if, as Cicso says that there was a red and a yellow blur there that night, does it mean that Barry can eventually save his mom or that he has to be there to help Wells go back in time?   Or to create whatever events led to the night that Barry’s mother was killed?  And was his mom the real target or could Wells be going back in time to eliminate Barry?

If Barry and Wells powers are connected somehow, then it certainly explains Wells’ obsession with making sure the Flash didn’t get erased from future history a few weeks ago.  It also makes me wonder if Wells needs Barry to get his powers or did Wells set up the collidor and the experiment simply to give Barry his powers?    I also have to wonder how far Wells will be willing to go to train Barry to stop the Reverse Flash since he (Wells) is the Reverse Flash.

Like I said — once answer raised three more questions.

It all adds up to a satisfying and utterly enjoyable end to the first part of the Flash’s freshman season.  And it makes it seem like a long, long wait until we get new episodes on January 20.

One response to “The Flash: “The Man in the Yellow Suit””