The Flash: The Flash is Born, Power Outage 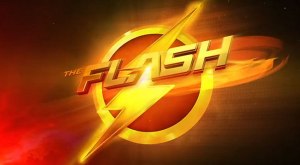 Getting ready for tonight’s epic (or so the promos tell me) crossover event of The Flash and Arrow, I realized I hadn’t written up my thoughts on the last two installments of my favorite new series.

Both installments show the Flash comfortably growing into itself and hitting an early season stride that, quite frankly, it took Arrow half a season or so to find.   One of the elements of this show that I’ve really been enjoying is how much Barry enjoys being the Flash and how much he enjoys helping people.   This was nicely underscored in “Power Outage” with Barry having his powers removed and his growing frustration that he can’t help the team in the lab nor race to Iris and Joe’s rescue at the hands of the Clock King.*

* And given that it was a high-profile guest star in the role and that the character didn’t die in the end, I fully expect to see him return before season’s end.

Both villains had a connection to Barry that I think really helped the episode.  Two weeks ago, it was Barry’s childhood bully given powers and the ability to once again have the upper hand on Barry.   The next week, it was a villain who Barry could easily have turned into had he not had the influences in his life that he does.  Despite a crackling scene with Wells in which Barry calls him out on his scientific detachment (it would be interesting to see Barry find the room where Wells gets predictions of the future and finds out just how much Wells wants/needs Barry to grow into the Flash), overall we’ve seen a lot of support for Barry and his crusade from family and friends.   This is something that Blackout didn’t have and it drove him into a rage with the focus of his obsession being Wells and wanting revenge.   Why it took so long for him to emerge as a threat I’m not quite sure.

Stripping a hero of his or her powers to reveal that they’re still a hero at the core isn’t something new in the superhero mythology, but it still worked well here.   Barry’s desire to jump start his power again, coupled with his mental block that was only lifted once he could see Wells was in danger all felt authentic and led to some nice character moments.  It also leads me to believe that when and if Wells duplicity is revealed to Barry that we’re head to a major schism in their relationship and possibly a fracturing of the team as a whole.  And while it might be interesting to see Barry out there going solo, I think he still needs the various players from Star Labs right now to help him push his limits and test his abilities.    With Barry’s powers going to a whole new level, this could get very interesting very quickly.

Meanwhile, I can foresee a love quadrangle of sort opening up with Barry/The Flash, Iris and Eddie.  It feels like we’re pushing Iris toward being in love with the Flash and seeing him as her savior of sorts (she’s hurt when he doesn’t save her in “Outage” and she’s put in harms way by her involvement with him “The Flash is Born”), which eventually leads to her falling in love with him.  Eddie is clearly noticing things are different with her and it’s only a matter of time until he puts all the pieces together.  I think the moment of Joe pushing Barry to show up in the hospital room will come back to haunt them.

Of the two installments, I have to admit I was a bit more thrilled by “Power Outage” simply for the way it juggled two villains and did it well.   I also admit that there was a fist-pump moment when Barry had his powers restored and finally took out Blackout.    I do wonder if Barry’s ability to short out Blackout will now become part of his power set and if he may be used on other metahumans as the series continues to progress.

I will also admit I wonder what Wells agenda really is — is he creating the Flash for good reasons or for nefarious ones?

Yes, I am loving this show and I have a feeling I will REALLY miss it when over its holiday break.

Tagged as The Flash, tv review